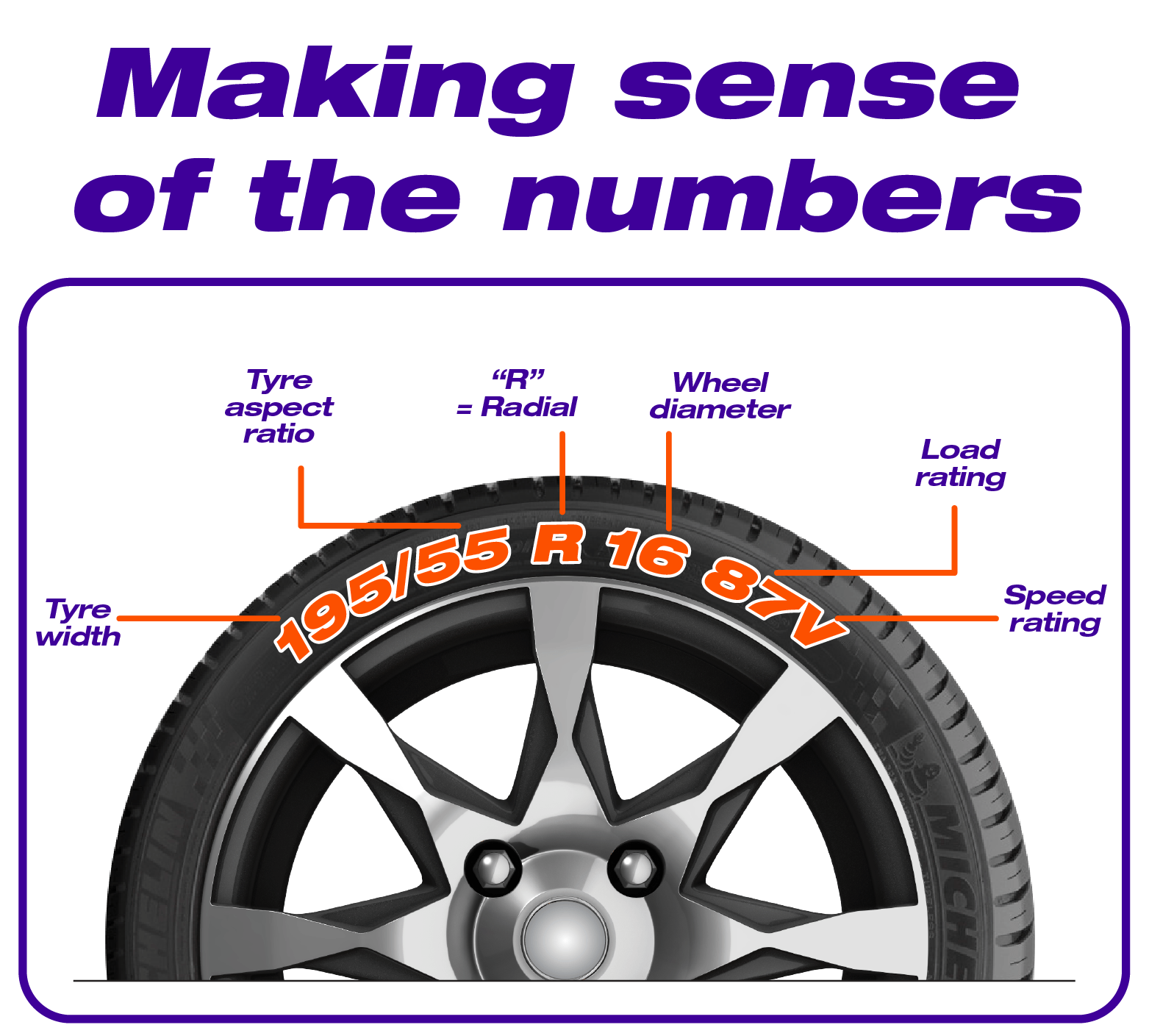 (*does not apply to truck tyres)

Speed rating of a tyre is based on laboratory tests, under specific controlled conditions, where the tyre is pressed against a large diameter metal drum to reflect its appropriate load, and run at ever increasing speeds until the tyre’s required speed has been met or the tyre fails.

Important: speed ratings only apply to tyres that have not been damaged, under-inflated, overloaded or altered. Does not apply to truck tyres.

Tyre replacement: most tyre manufacturers recommend that vehicle owners replace a speed-rated tyre with a tyre of equivalent or greater speed rating.

Speed Ratings Origin & Further Info
Tyre speed ratings were introduced by Germany, due to their Autobahn (famous highway system) which has no federally mandated speed limit for some classes of vehicles.

Speed ratings for tyres range from A (the lowest) to Y (the highest), however, they don’t always follow alphabetically as H is rated between U and V.

How do I find my vehicle’s speed rating?
Vehicle manufacturers recommended speed ratings can be found in either the owner’s manual, driver’s side door, glove box door or fuel tank hatch.

View your current speed rating by checking the sidewall of your car’s tyres. The speed rating is normally the last character in the tyre’s size code, for example: 205/55R16 91V where “V” is the speed rating.

Need a quote? Select the add to quote button on the product you would like to add, submit your quote and a Tyres & More® representative will contact you.

Enter your email address below. You will receive a link to reset your password shortly.

Your cart is currently empty.

Thank you for registering.